Ristorante Shiaccianoci in Pisa, Italy : what a surprise !

Pisa is a little city on the quite coastline of the central-Nord part of Italy on the mediterranean sea and it’s famous all around the world  for the pending tower were ton of tourist are taking pictures simulating that they are holding the tower impeding it to crash on the floor. Pisa has become a quite important touristic place because was chooses by Ryanair and other low cost airlines as the second most important airport in Italy. The position is strategic as a start point for a visit in Tuscany and to the beautiful “Cinque Terre” little villages. 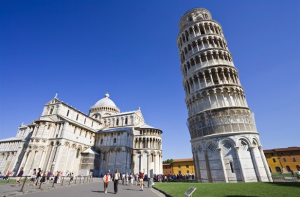 The unique Leaning Tower of Pisa

The Leaning Tower of Pisa ( Torre pendente di Pisa) or simply the Tower of Pisa (Torre di Pisa) is the campanile, or freestanding bell tower, of the cathedral of the Italian city of Pisa, known worldwide for its unintended tilt to one side. It is situated behind the Cathedral and is the third oldest structure in Pisa’s Cathedral Square (Piazza del Duomo) after the Cathedral and the Baptistry. The tower’s tilt began during construction, caused by an inadequate foundation on ground too soft on one side to properly support the structure’s weight. The tilt increased in the decades before the structure was completed, and gradually increased until the structure was stabilized (and the tilt partially corrected) by efforts in the late 20th and early 21st centuries.

I was taking a plane to Netherlands for my work (I’m a SCUBA diver Instructor Examiner ) and I took a central hotel close to the train station station and 1,5 Km from the  airport. Wondering where to go for a dinner I asked to the concierge if he got some suggestions underlining that I wanted to eat well regardless of the price.

” Sir , 20 mt away from here there is the restaurant Schiaccianoci where I would bring my girlfriend the day I will ask her to marry me!” 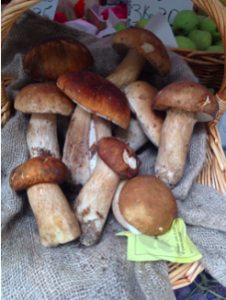 That was enough to convince me, so I stepped in. The restaurant is simple like a typical Italian “trattoria”, but warm and full of local people ( which is always a good sign..). The owner of the restaurant was coming to me with a big smile asking me If I like mushrooms.

“Come with me ! ” and he drove me to the kitchen were there were at least 10 kg of the best mushroom ( buletos-buletos) lined and cleaned on a table.

“Wow ! Tonight I’ll eat as I  would be at my mother place ! ” I ordered a “filetto con funghi porcini ” a fillet steak with porcini mushrooms  underlining that I would like to have it blue (al sangue)

“Of course !  ” is the answer I the enthusiastic owner ” and I suggest you some red wine of the area , maybe a Chianti !”

Well .. How to refuse such a suggestion..

The meat was wonderful ,full of taste and beautifully accompanied from the porcini mushroom cooked in a pant with celery , white wine and a bit of onion.

The wine, a full body red wine done with the local “Sangiovese “ grapes was just perfect with this dish.

I even ordered some grilled vegetable which where tasty and perfectly cooked!

I finished everything delighted from the kindness of the waiters and the owner that asked me at least 5 times what he could do for me to make my dinner even better than what it was yet.

Great Trattoria in Pisa and close to airport/train station

Having finished the fillet steak I checked the dessert menu which was full of different chooses from ice cream to ” lemon sorbetto ” or blueberry cheesecake.

It was really difficult decide so the waiter told me “I know, it’s a difficult choose they are all soo good ! They are all homemade .. But if you want I can make a dish with a bit o all of them !”

I less than a minute I got a dessert with a beautiful sorbetto ( lemon ice cream mixed with vodka) , a piece of colorful blueberry cheesecake with an incredible fresh taste and an irresistible dark chocolate cake. The red full-body chianti wine was just perfect with the cake as it was with the meat !

I was really wondered that , by a case , I stepped in such an remarkable restaurant and when it came the time to pay ( 33€ .. ) I even had a free strong a tasty grappa.

If you pass from Pisa don’t miss this place which is no more than 200mt away from the railway station
Resturant name : Schiaccianoci ( click here for direct link )